Following is a letter from Meredith to Beth Moore, a evangelical Christian author whose book “Praying God’s Word” describes homosexuality as a “deadly sexual assault of the evil one in our society” and proclaims that “God can indeed deliver you and anxiously awaits your full cooperation” while claiming that “every person I know who has been liberated from this lifestyle has described it as obsessive, controlling and increasingly absorbing … in a way only understood in the unseen world, a satanically induced web is associated with this particular yoke.”

Meredith wrote to Beth as a mother, as a Christian, and as someone who struggled to find a new perspective of God’s love through the love of her son. 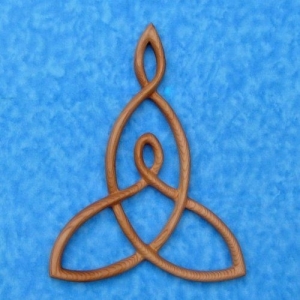 I’m writing to you on National Coming Out Day. Although I’m not gay, I have a child who is, and I believe I owe it to him and others like him to tell them the truth in love.

The thing about that is this: You and I view that truth differently, and acting upon the truth that I’ve learned has saved his life.

Until 2009, I was a Christian who was also homophobic. One of my “claims to fame” was writing a letter to the editor of the Raleigh “News and Observer” decrying homosexuality, agreeing with the Book of Leviticus that it was THE abomination of abominations. I even received a heartfelt but what I considered misguided letter by a gay man the next town over, telling me that it was my kind of theology that so wounded the LGBT community; while his letter stung and gave me pause, I chalked it up to his being wrong. I’d been praying for a couple of years at that point for God to break my heart for the things that break His. I had a few ideas of maybe someone whom He could put on my path (like a poor person, for example), but God had bigger things in mind for my heart – much, much bigger (and closer to home) things. 2009 was the year my then-17 year old son came out to my husband and me after years of battling depression and suicidal thoughts. We’d had inklings all along, ever since he was about 3 years old, that he was just different. His interests, even then, were dressing up in his sister’s tutus, twirling around the room like a ballerina, and playing in my Tupperware. He would be neither distracted nor deterred from these things. We tried sports, but he cried on the field. He cried on ALL fields. We gave him Batman pajamas which he never wore. He had no interest in rough-housing or getting dirty. He begged to take dance, but we said no and made him sit through piano lessons. He did enjoy Boy Scouts, however, and he even went on to earn the rank of Eagle. He also had a deep interest in religion and a love for Jesus from a very early age. But when he confirmed to us what I’d been fearing for 14 years, I could not – would not – see this as the “thing” for which I’d prayed. Instead, I saw it as a moral failure, a lie, a rebellion, and an abandonment of who he really was. I wondered where my husband and I had gone wrong as parents. No thanks to James Dobson, we had been led to believe that our parenting was to blame somehow, but we didn’t fit the mold of those gay-making parents to which Dobson referred. What, then? Had we not prayed enough? Taken our son to church enough? Was the problem that we were in a mainline rather than in a non-denominational church? Should we have forced him to stick with soccer, or t-ball, or maybe thrown him into football? He had accepted Jesus into his heart at a young age: Was he too young? Did it not “take?” Was our son’s homosexuality the result of some sin in my life or the life of my husband? Was it due to his birth order – the third child born after 2 girls?

I could go on, but I won’t bore you with the details of those years of our examining any and every possibility of causation. I think you understand my point that there is nothing, nothing, nothing my husband and I either did or left undone that caused our son to be gay. He was loved, he was tended to, he was taught God’s Word, he was not abused, etc., etc., etc. For parents of gay children to hear other Christians say that it is their fault their child is gay is THE wound of wounds – and it’s the lie of lies. It’s right up there with the “choice” myth. If I thought I had some responsibility in turning a former straight person gay, I would have God-sized power, which neither I nor anyone else has. If I thought I’d left some “door” open in the life of my child which allowed Satan to have easy access, I’d not want to live another day. When you love, protect, provide for, pray over, pray with, encourage, discipline, and teach a child, you’ve done absolutely all the “right” you can do for that child. What would make someone believe that a parent who does these things could turn their child gay? And if a parent does not do these things, they still cannot turn their child gay; if that were true, there would be a lot more LGBT people in the world than there already are. There are hordes of abused, neglected children in this world – which is the real shame – but they are not gay because they are abused and neglected.

There are many who have entered this conversation with love, compassion, and grace: Pastor Stan Mitchell, Pastor Danillo Cortez, Pastor Ken Wilson, Pastor John Pavlovitz are a handful of those who, after careful, meticulous study of God’s Word, after hours and hours of prayer, and after “doing life” alongside LGBT people have changed their positions. They would rather be “wrong” about this than be “wrong” about love and acceptance. They would rather tell God on the Last Day that they are guilty of loving too much than barring the doors and loving too little. They would rather embrace than enforce. I and over 600 Christian moms who are members of a private Facebook group stand with these courageous pastors. Many of us have read all your books and participated in all your studies. All of us are grieved to know, for example, that the Sodom story is taught in a such way to make it about homosexuality rather than (when viewed in context) taught the truth that it is about same-sex gang rape and arrogance, greed, and inhospitality as outlined in Ezekiel 16:49-50.

Jesus said, “You will know them by their fruit.” When LGBT people know that they are loved and accepted without the pressure to change what, in reality, cannot be changed, they are free to live for Jesus. Every single LGBT Jesus follower I know has an extra “something” that the rest of us don’t have, and the bulk of that is deep empathy for The Other. Imagine trying to live for Christ with the burden of also trying to change something inborn that cannot be changed and something that man, not God, has placed on your back like a two-ton weight. No wonder so many LGBT youth commit suicide. The message the evangelical community has been delivering for years is not God’s message, nor is it the Gospel – it’s legalism. I thank God every day that He, alone, knows all the backstories and, as such, is the only One Who can judge rightly. It’s difficult enough for us to love God and love others without the added burden of trying to determine who’s “in” and who’s “out.”

Science is on its way to being a friend to the LGBT community. Epigenetics is in its infancy but is already revealing some stunning discoveries about “switches” that have the capability to turn genes off and on as they are related to diseases and also to same-sex attraction. I believe that God is the “Who,” but science is the “how.” Sexuality is complex, and homosexuality is but one variant of a spectrum that no one fully comprehends – at least not yet.

As a child, my son had a sweet disposition, a kind heart, a compassionate spirit, a consuming love for Jesus, and a fascination for all things sparkly. The same holds true today. He, and others like him, have been my greatest teachers.

Please consider that you may be wrong about homosexuality, just as I’m open to the possibility that I may be wrong. Please hold your views before the God of creation and ask if there is anything else He needs to show you, and I promise to do the same.

Your sister in Christ,
Meredith